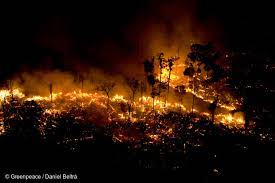 A draft report by the IPCC was leaked yesterday (23 June 2021) to Agence France Presse.

Warning: This is a hard read. But necessary in my view, because I think the future we strive towards now is more important than the discomfort some readers may feel.

Dire consequences are now unavoidable in the short term.

The UN report states that1.5 degrees (above pre-industrial temperatures) is likely to be passed before 2026. (You may remember that 1.5 degrees was the sacred number countries agreed not to surpass in the Paris climate agreement of 2015). Since then, emissions have been going up.

The saddest thing is that this leaked report will not be published ‘officially’ until 2022 – which means it won’t be in the public domain for the vital Glasgow COP26 talks in November 2021, chaired by the UK.

This is not just happening ‘somewhere else’. It will impact YOU, increasingly, and most certainly your children.

Societies elsewhere in the world are already starting to collapse. The unfortunate and heart-breaking reality is that the people who have contributed least to the problem are already suffering the most.

Recycling, planting trees, re-using your coffee cups and plastic bags and buying an electric car is nowhere near enough. Give up the “hopium of the bamboo toothbrush”. It’s all a distraction. We must completely redefine our way of life and consumption.

We are likely heading for 3 degrees – and this a catastrophe for most forms of life on earth – including humans.

We did this folks.

We overshot the planet and its resources. We have entered the Anthropocene era. We didn’t do it deliberately, and I’m not judging anybody. You and me were born into this culture – and we’ve all been conditioned to expect and want “Business As Usual”. Infinite economic growth and progress. Extractive nature-raping capitalism. The latest phone upgrade. More, more, more.

We are now reaping what we’ve sown.

Do you want to know one of the fastest-growing businesses at the moment? It’s building luxury underground bunkers for the super-rich. According to these companies, demand has shot up anywhere from 300 to 700 percent over the last few years. They attribute the spike to climate change and likely social unrest.

Those of us who have been immersed in researching our predicaments over the past few years are not at all surprised by this report. I guess we should at least be grateful that, finally, we’re getting some honesty from the UN.

Did you know that the MOD has more than 60 personnel currently engaged full-time in planning for severe breakdown, and the likely geo—political consequences of this. They admit that it’s now almost inevitable that “on the current trajectories, temperatures will increase by 2.3 – 3.5%C by 2100”. They also warn that “…by 2030 the world could face a ‘perfect storm’ of food, water and energy crises.” See their 2020 report here: https://assets.publishing.service.gov.uk/government/uploads/system/uploads/attachment_data/file/930787/dcdc_report_changing_climate_gsp_RR-A487.pdf (Similar at the Pentagon, and the military apparatus of many other states)

Banks and hedge funds are also taking this seriously now.

Analysts for JP Morgan concluded in a recent report that it is “likely the situation will continue to deteriorate” where one “cannot rule out catastrophic outcomes where human life as we know it is threatened…”.
And this from executives at Deutsche Bank: “Modern civilization is screwed”

“If you are rooting for humanity to make the best of a bad situation with climate chaos, then you might want to have some people with other values, instincts and training than the military and bankers to be planning for it.” Professor Jem Bendell, November 2020.

There have been many warnings from scientists, scholars and academics in the last decade. Most have been largely ignored. Here’s the latest one: An open letter from more than 500 scientists and academics: December 2020. Watch a short summary here:

“As scientists and scholars from around the world, we call on policymakers to engage with the risk of disruption and even collapse of societies. After five years failing to reduce emissions in line with the Paris climate accord, we must now face the consequences. While bold and fair efforts to cut emissions and naturally drawdown carbon are essential, researchers in many areas consider societal collapse a credible scenario. Different views exist on the location, extent, timing, permanence and cause of disruptions, but the way modern societies exploit people and nature is a common concern. Only if policymakers begin to discuss this threat of societal collapse might we begin to reduce its likelihood, speed, severity, harm to the most vulnerable – and to nature.”

So, what does all this mean in the context of your life? Quite literally a revolution. Expect to see some or all of the following over the next 10 – 30 years and please plan accordingly:

Food will be more expensive and less available. The availability of drinking water will be erratic. Many people will go hungry.

It is possible that the entire financial system collapses – meaning that any money you do have may be worthless. You can probably forget about your hard-earned pension.

There will be global food shortages, which will impact the UK (we currently import about 70% of our food)

You can probably also expect widespread social unrest and division, and a worsening infrastructure, and extreme disruption to services. Mass migration as certain parts of the world become uninhabitable. Wars over scarce resources. All this may well lead to an increase in the trends we’re already seeing – a tendency towards authoritarianism and fascism, and even more social injustice.

It’s likely this won’t happen all at once – societal disruption and unravelling will probably be messy, patchy and happen over several decades.

Now, think about what you are doing now: your lifestyle. Think about how your actions and inactions are preparing you and those you love for THIS future.

Forget about the ‘career’ you may have worked so hard to build.

Get as fit and healthy as possible.

Check out who is more vulnerable around you, and see how you can support them. Get to know your neighbours NOW.

Demand that your politicians prepare for this – although, sadly, all the evidence I’ve seen points to the likelihood that they won’t. The UK Government is still boasting about how it’s “leading the world on tackling climate change”. It really isn’t.

Yes, you may well experience difficult emotions – grief, sadness, fear, outrage perhaps. Everything you imagined about your future may be about to change.

How else do you expect to feel about it?

But these feelings can and do pass. What’s happened for me, and countless others, is that when you get past the grief, the fear, and the sadness – you wake up to what’s yours to do.

Yes, this really sucks. But it will only suck more if you don’t start facing up to it now. It doesn’t get any easier by pretending it’s not happening. You will feel even worse and be less prepared for it in the future when the shit really starts hitting the fan. Which it is going to: faster, and harder and more shittier than we all think.

I have found that it is possible to stand tall and look all this in the face – from a place of resilience, courage and love.

My advice: grow your own food as much as possible; think about crops that are as heat, drought and/or flood resistant as possible. You can’t eat that lawn or the decking you currently have. If you currently live in an area predicted to be vulnerable to extreme weather by 2050 (sea level rise, flooding, drought, heatwaves, wildfires) then move if you can.

If you have any type of garden at all, focus on regenerating the soil. Create community gardens locally. Focus on saving what you can of the non-human world too.

Choose your ground now and build a climate impact aware and supportive local community around you. As a community try to learn the skills you need to be resilient in the face of this as much as possible.

There’s an inner journey with all this too. Before you can make wise decisions about any actions, behaviours or lifestyle changes, it’s worth getting to a place where you are resilient from a psycho-spiritual point of view. Meditate or reflect on death and impermanence. Sorry to break it to you, but you (and everybody you love) were always going to die anyway.

Accept what is coming and do your best to respond lovingly to our interconnected predicaments. Much division and unrest is coming that will threaten our relationships with each other.

It’s important to say that acceptance does NOT mean ‘giving up’, and it does not necessitate despair, depression or panic. There is much we can do.

Imagine a car racing toward a brick wall, too fast to stop in time.

The driver has two primary tools—the brakes, which will slow the car down, and the airbags, which will cushion the passengers when they crash.

The three themes to focus on are:

This doesn’t mean you stop caring about the rest of the world – of course you still care. But you probably have the most agency and influence locally.

Influence your local leaders to start preparing now for 20-minute neighbourhoods. (This means that everything you need is within a 20-minute walk or cycle)

It really is time to prepare for the worst.

If you’d like to learn more about what you might be usefully thinking about now, HEART Community Group hosts regular free webinars. These are great opportunities to learn, share your ideas, and process how you feel about all this in a loving, supportive online environment.  See Upcoming Events.

You don’t need to be a resident of Hertfordshire – all are welcome.